The Amsterdam Klezmer Band started out on the streets in 1996 as a group of buskers playing traditional Yiddish party Music. Almost 25 years have gone by and during all that time the band managed to stay on the radar non-stop. That’s why they actually should be granted title “hardest working band in Klezmer”. Nowadays the band has evolved into an internationally celebrated band with a rock solid live reputation. The Group played at Sziget, Lowlands, North Sea Jazz, Cité de la Musique, Wiener Konzerthaus, Paradiso, Concertgebouw Amsterdam, Dranouter and many other beautiful theatres, clubs and festivals around the world. 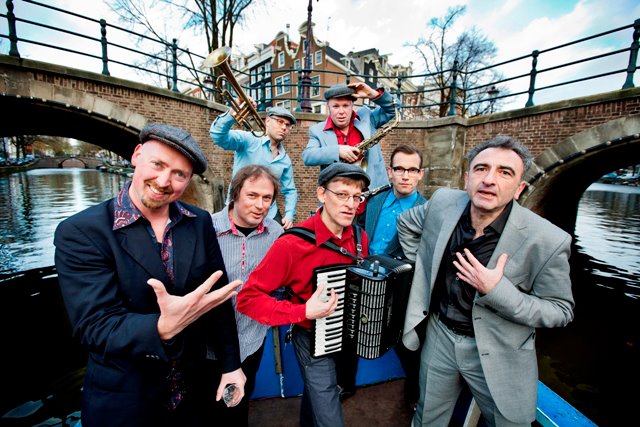